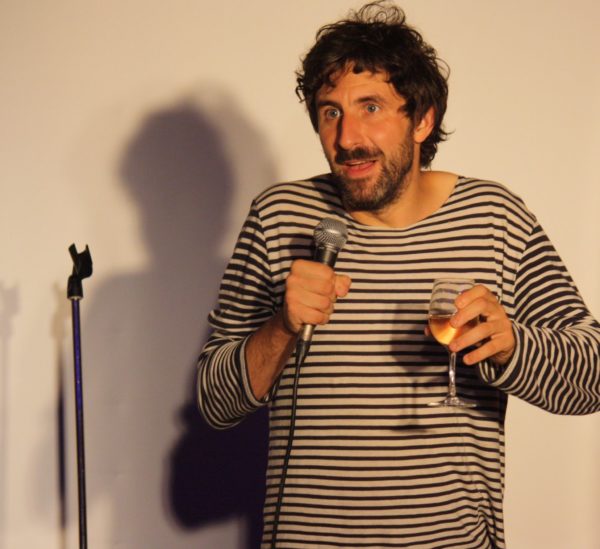 WHILE 20TH JULY’S MOSTLY COMEDY IS SOLD OUT, A WAITING LIST FOR RETURNS WILL BE TAKEN ON THE DOOR FROM 7:15PM ON THE NIGHT. A small ticket allocation will also be available from the Hitchin Festival Box Office from 15th June onwards, on 01462 453335.

Stand-up from MARK WATSON
(Work-in-Progress)
(As seen on ‘Have I Got News For You’, ‘Mock the Week’, ‘Never Mind The Buzzcocks’ and ‘Would I Lie to You?’)
(Winner of Time Out Critics Choice and if.comeddies Award; Perrier Best Newcomer nominee)
‘Mark Watson is a prodigy’ (Guardian)
‘A huge comic presence’ (The Times)
‘Smart, bittersweet, rich and absorbing’ (Telegraph)
‘Brilliantly, darkly funny’ (Chortle)
★★★★★ (Guardian)
★★★★★ (Metro)
★★★★★ (Time Out)

Stand-up from BEC HILL
(Work-in-progress)
(Featured in Best Joke lists in The Telegraph, The Independent, The Guardian and on Dave)
‘Exuberant, daft and inventive’ ★★★★ (The Scotsman)
‘There’s something special about Bec Hill’ ★★★★ (The Times)
‘Wonderfully innovative comedy’ (Broadway Baby)
‘A pleasure to watch’ (Edinburgh Guide)