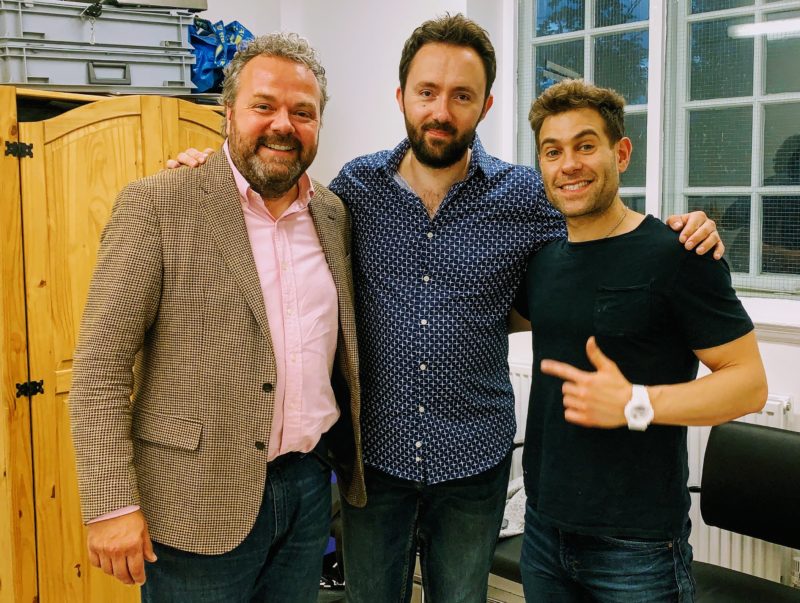 Plus a preview from SIMON BRODKIN
(The man behind Lee Nelson. Famously handed Theresa May her P45 at the Conservative Party Conference)
(As seen on BBC’s ‘Live at The Apollo’, ‘Lee Nelson’s Well Good Show’ & ‘Children in Need’, ITV’s ‘Sunday Night at the London Palladium and C4’s ‘Comedy Gala’ and ‘Britain’s Greatest Hoaxer’)
‘Satire so sharp you could slash a tire with it’ (Telegraph)
‘Never less than ingenious’ (Times)
‘The guy has a gift’ (Washington Post)
‘Comedy legend’ (The Sun)

Hosted by DAVID EPHGRAVE
(Among the Daily Telegraph, Comedy Central, i Newspaper, Scotsman & Edinburgh Evening News best jokes lists)
‘As smooth as they come’ (BBC)
‘Ephgrave is a very likeable stand-up, confident but not cocky, and a lot of fun to spend time with’ (View From the Gods)
‘A refreshingly down to earth comedian…devastatingly witty’ (EdFest Magazine)
‘Wonderfully innovative comedy’ (Broadway Baby)

PRESALE TO MOSTLY COMEDY MAILING LIST ON SATURDAY 23RD FEBRUARY AT 9:00AM. GOES BACK ON GENERAL SALE ON MONDAY 20TH MAY AT 10:00AM