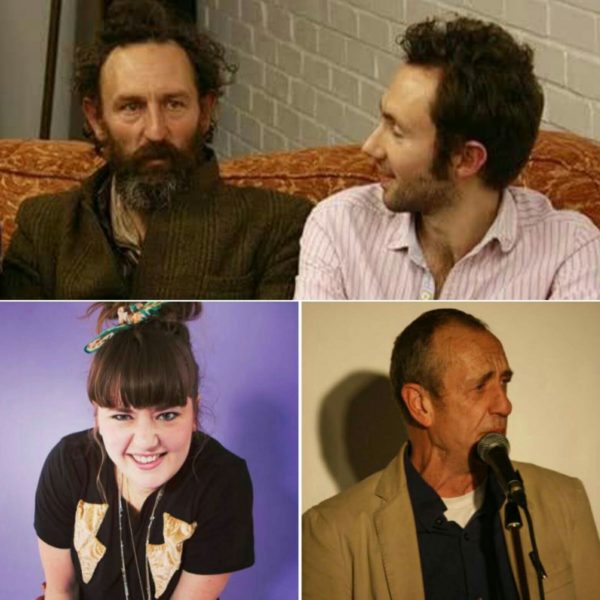 Stand-up from PHIL KAY
(As seen on ‘QI’ and ‘Russell Howard’s Good News’. British Comedy Award Winner and Perrier Nominee.)
‘You have to be born with comic talent such as his. It’s a gift from the gods; a freewheeling mind that’s utterly without boundary’ ★★★★★ (Metro)
‘A mesmerising headf**k genius’ ★★★★★ (Time Out)
‘He is fertile, feral,  otherworldly and exploding with energy’ ★★★★ (Scotsman)
‘Legendary’ (The Times)

Plus musical comedy from KATIE PRITCHARD
(Winner of Hilarity Bites 2016)
‘Sometimes surreal, often unusually perceptive, but always original and entertaining’★★★★ (Female Arts Magazine)
‘There is no denying she is a star of the future’ (Notts Comedy Review)
‘Nothing short of brilliant’ (Pamela Anderson)

Hosted by DAVID EPHGRAVE
(Among the Daily Telegraph, Comedy Central, i Newspaper, Scotsman & Edinburgh Evening News best jokes lists)
‘As smooth as they come’ (BBC)
‘Ephgrave is a very likeable stand-up, confident but not cocky, and a lot of fun to spend time with’ (View From the Gods)
‘A refreshingly down to earth comedian…devastatingly witty’ (EdFest Magazine)
‘Wonderfully innovative comedy’ (Broadway Baby)