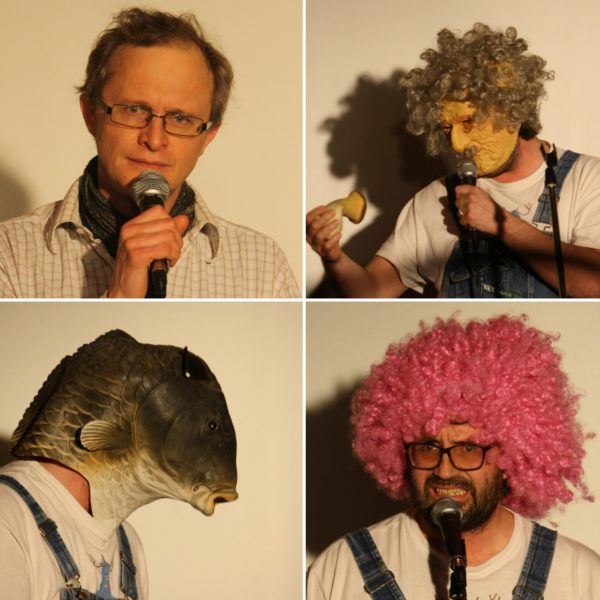 Character comedy from BRIAN GITTINS
(Kev in Channel 4’s Ricky Gervais sitcom ‘Derek’)
‘A true original, and breathtakingly funny with it.’ (Guardian)
‘One of the best comedy characters of the decade’ (Ricky Gervais)
‘Very funny and horrifically distressing’ (Independent)
‘Watching a personal tragedy unfold on stage has rarely been this much fun’ ★★★★ (Fest)

Hosted by DAVID EPHGRAVE
(Among the Daily Telegraph’s 20 Funniest One-liners and Comedy Central’s 35 Funniest Jokes from 2017 Edinburgh Fringe.)
‘As smooth as they come’ (BBC)
‘Ephgrave is a very likeable stand-up, confident but not cocky, and a lot of fun to spend time with’ (View From the Gods)
‘A refreshingly down to earth comedian…devastatingly witty’ (EdFest Magazine)
‘Wonderfully innovative comedy’ (Broadway Baby)