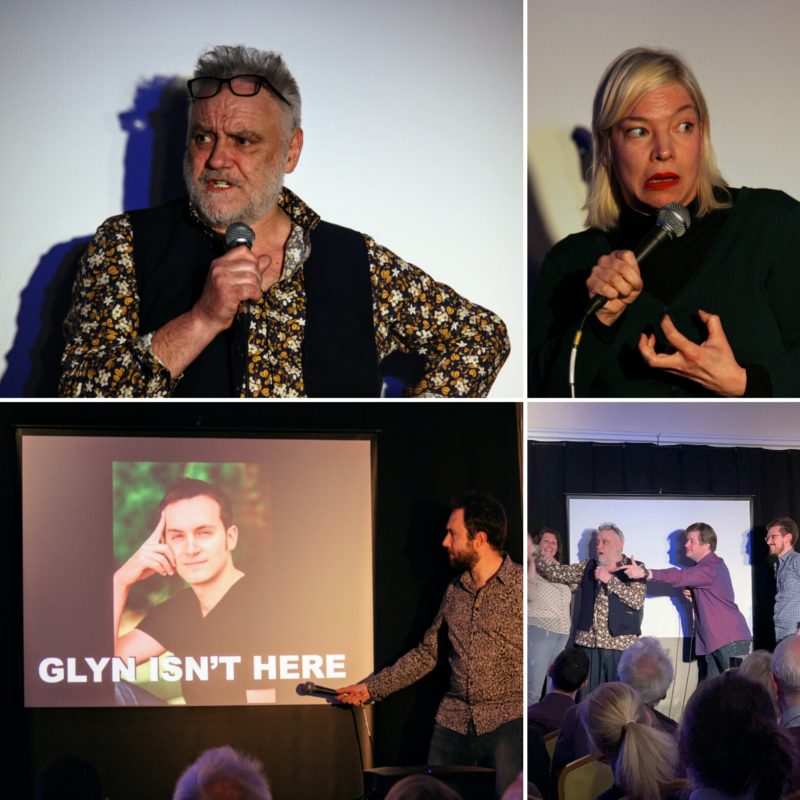 Improv from TONY SLATTERY
(Seen and heard on ‘Whose Line is it Anyway?’, ‘Have I Got News For You’, ‘Just a Minute’, ‘Kingdom’ and ‘Coronation Street’)
‘Charismatic…a blithely uninhibited Lord of Misrule’ (Guardian)
‘A legend’ (Chortle)
‘Kind while taking the mick, somehow vulnerable and wired…incredibly witty’ (York Press)
‘Tony, compared to you we are worms. Worthless worms’ (Omid Djalili)