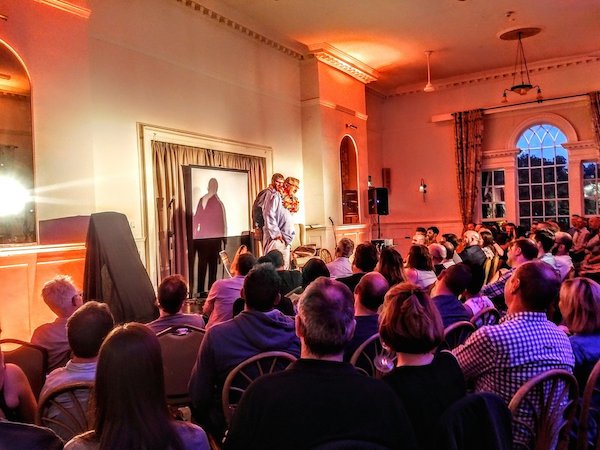 Featuring a performance of ‘ANGELOS & BARRY: THE NEW POWER GENERATION’.

“Angelos & Barry come together to discuss how to succeed in business, where they think corporations have got it right and wrong and the direction in which the financial sector is headed. But mostly they will be discussing the bookies, Londis, Crimewatch, if you can claim benefits in space, whether or not Kim Jong Un cuts his own hair and how Ban Ki Moon once nearly lost The UN in a poker game.”

Plus musical comedy from KATIE PRITCHARD
(Winner of Hilarity Bites 2016)
‘Sometimes surreal, often unusually perceptive, but always original and entertaining’★★★★ (Female Arts Magazine)
‘There is no denying she is a star of the future’ (Notts Comedy Review)
‘Nothing short of brilliant’ (Pamela Anderson)